CERIS : Center for Education and Research in Computer Science and Systems 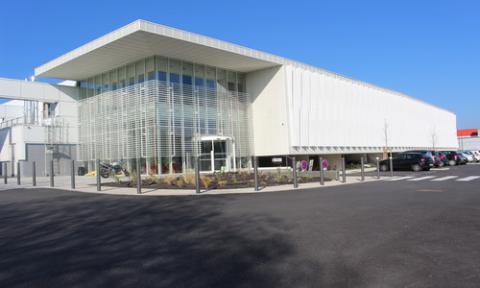 CERIS is one of the three teaching and research centers of IMT Mines Alès.
It is specialized in the field of computer science, artificial intelligence and the industry of the future. It provides a strategic link between training, research and economic development activities in this field, following on from the previous teaching and research center "LGI2P" (computer and production engineering laboratory, 1994-2020).

Missions and composition of CERIS

As such, its missions are threefold:

As illustrated in the image below, CERIS is comprised of:

Cognitive automation has been the scientific project of the center since 2009. It has proved to be a consensual and unifying scientific project, well adapted to the cultural mix of computer scientists and control engineering specialists at the center, in the continuity of scientific themes around the relationship between Man and the complex systems he seeks to master, while reaffirming the center's anchorage in the field of Information Sciences and Technologies. Many of the issues addressed over the past decade have been put in the spotlight again by the recent media coverage of Artificial Intelligence and Industry 4.0.  Today, the center's research has developed this notion of system complexity in two major areas of investigation: health and risk.

The first team, ISOAR (Ingénierie des Systèmes et des Organisations pour les Activités à Risque) has joined forces with another IMT Mines Alès unit to bring a transverse and systemic vision to the management of complex situations and to develop an interdisciplinary risk science within the framework of the Laboratory for the Science of Risks (LSR), a new multidisciplinary research unit created in partnership with the CREER research and teaching center. The researchers from ISOAR bring their knowledge and skills in the fields of Systems Engineering, Emergency Engineering and Crisis Management, both from a conceptual, methodological and technical point of view to the LSR. Accepting to develop a risky activity is the result of a decision in which constraints and impacts have to be evaluated, and related to the gains and progress that the activity is likely to generate: this decision is therefore multi-faceted and based on objective scientific and technological choices, but it remains a societal, economic or political choice, the result of an accepted and communicable collective subjectivity, which has to be approached systemically. Thus, one way of introducing the notion of risk into collective action is to emphasize that mastery of complex systems requires the acceptance of incomplete control.

The I3A (Computer Science, Image, Artificial Intelligence) research team has joined forces with the European Research Center for Human Movement at the University of Montpellier to study the etiology of human movement and to create the EuroMov Digital Health in Motion (Euromov DHM) interdisciplinary joint research unit, under the joint supervision of IMT Mines Ales and the University of Montpellier. Here, complexity is less associated with unpredictability than with flexible and adaptive coordination between the multiple components of a system, whether it is a software system or the human body. Artificial intelligence, computer vision and agile software architecture introduce new artifacts and provide innovative insights into the understanding of dynamic brain-movement links, brain plasticity and sensorimotor learning, or the identification of fundamental mechanisms of synchronization in movement. The sciences of movement and health rely heavily on the analysis of heterogeneous data and on the consideration of professional knowledge (medical in particular); the positioning of the I3A team is in perfect adequacy with the complex nature of these study contexts due to its expertise in the implementation of hybrid approaches at the interface between data analysis, machine learning and knowledge representation.

These two research themes are based on scientific skills strongly rooted in the digital sciences which constitute the business knowledge of the CERIS research and teaching center. This knowledge is provided in the two teaching departments 2IA (Computer Science and Artificial Intelligence) and PRISM (Industrial Performance and Mechatronics Systems). These two departments, which are open to students and apprentices, will train the future players in the digital transformation of our societies, and include a significant role in training through research. This takes the form of R&D missions, which involve groups of students carrying out a research project. It should also be noted that CERIS operates the Master 2 Communication and Digital Technology, in partnership with Sorbonne University (CELSA). Several dual degree courses are also offered.
The training of doctoral students is supported by two doctoral schools in which IMT Mines Alès is co-accredited to deliver the doctoral degree: the Information, Structures and Systems (I2S) doctoral school (University of Montpellier) and the Risks and Society (R&S) doctoral school (University of Nîmes).
Support for the transfer of knowledge to industry takes the form of participation in calls for projects issued by the Occitanie region, the integration of regional companies in national or international calls for projects, direct contracts with industrialists, and assistance for start-up creators hosted by the IMT Mines Alès incubator.
For all of its research, training and economic development activities, CERIS relies on several platforms, notably the mechatronics platform.

Discover all the doctoral schools

Coordinator of the CERIS research and teaching center